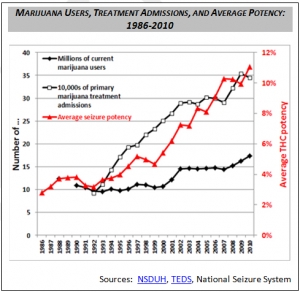 According to a recent study in the Journal of Toxicological Sciences, marijuana concentrates may contain pesticides and toxic solvents which remain as residue from the manufacturing process. The study found that over 80% of the concentrates tested in the study were found to contain residual solvents, including isopentane, butane, heptane, propane, and other solvents. Additionally, nearly 40% of the concentrate samples contained pesticides. The most common was paclobutrazol, a plant growth regulator, and bifenthrin and myclobutanil were also detected. Another study found “medical” marijuana samples collected in Los Angeles contained pesticide residues at levels 1600 times the legal digestible amount.